BRET with its signature red look gives the gray Sloterdijk area a much-needed impulse. To make it a cozier place to be, they transformed the whole square into a lush green park. And in the middle of that park, BRET arises like a red heart pumping life into a gray office area it once was. BRET serves as a meeting place for everyone who wants to dine, drink, dance, daydream, get inspired and connect. The BRET organization starting organizing an outside ‘drive in’ style event called ‘Bret’s Buitenbioscoop’ (‘Bret’s Outside Cinema’). While the organizer was preparing the event, the Residue Design team helped create a poster that would capture the essence of the evenings that where to be hosted at the BRET location.

When being briefed about the theme of the event poster, it quickly was made apparent that the poster should portray a ‘Film Noir’ type feeling to appeal to its target audience. The poster tries to tell a story, by showing the BRET location at night, while a couple dances and is being observed by a stranger in the moonlight. The Residue Design team made a custom illustration of the building and combined it with the proper typography to make it stand out. A strong contrast of dark purple, orange and white creates a perfect combination of classic and modern design. The poster was implemented across the city of Amsterdam and the design has also been adjusted and incorporated to provide digital marketing. 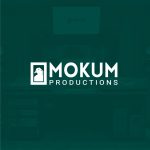 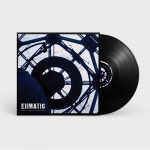